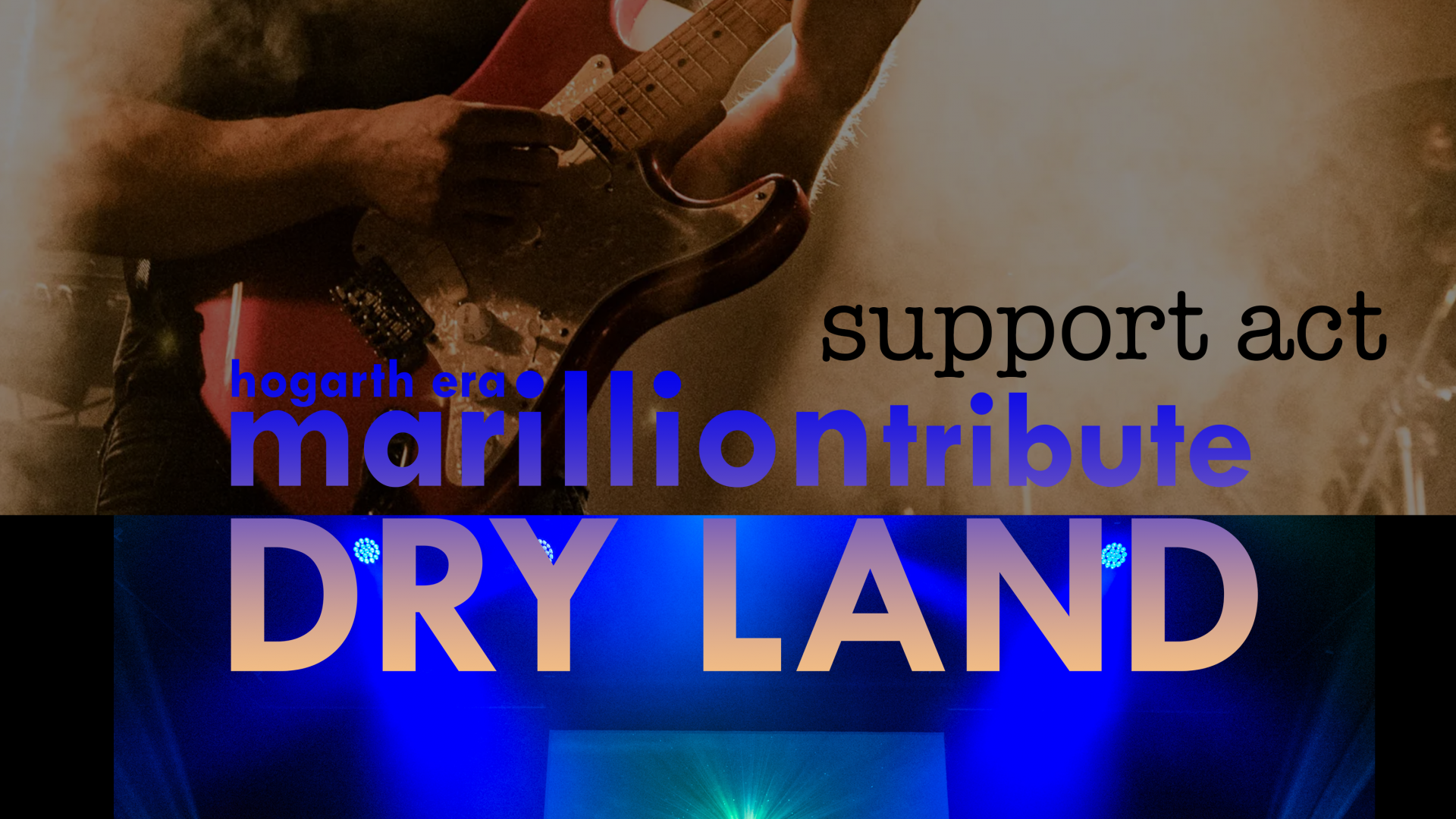 November 19, Dry Land will be a support act at the T Live show in the Tuchfabrik in Trier Germany. Below you will find the information of the Tuchfabrik, tickets are here for sale. 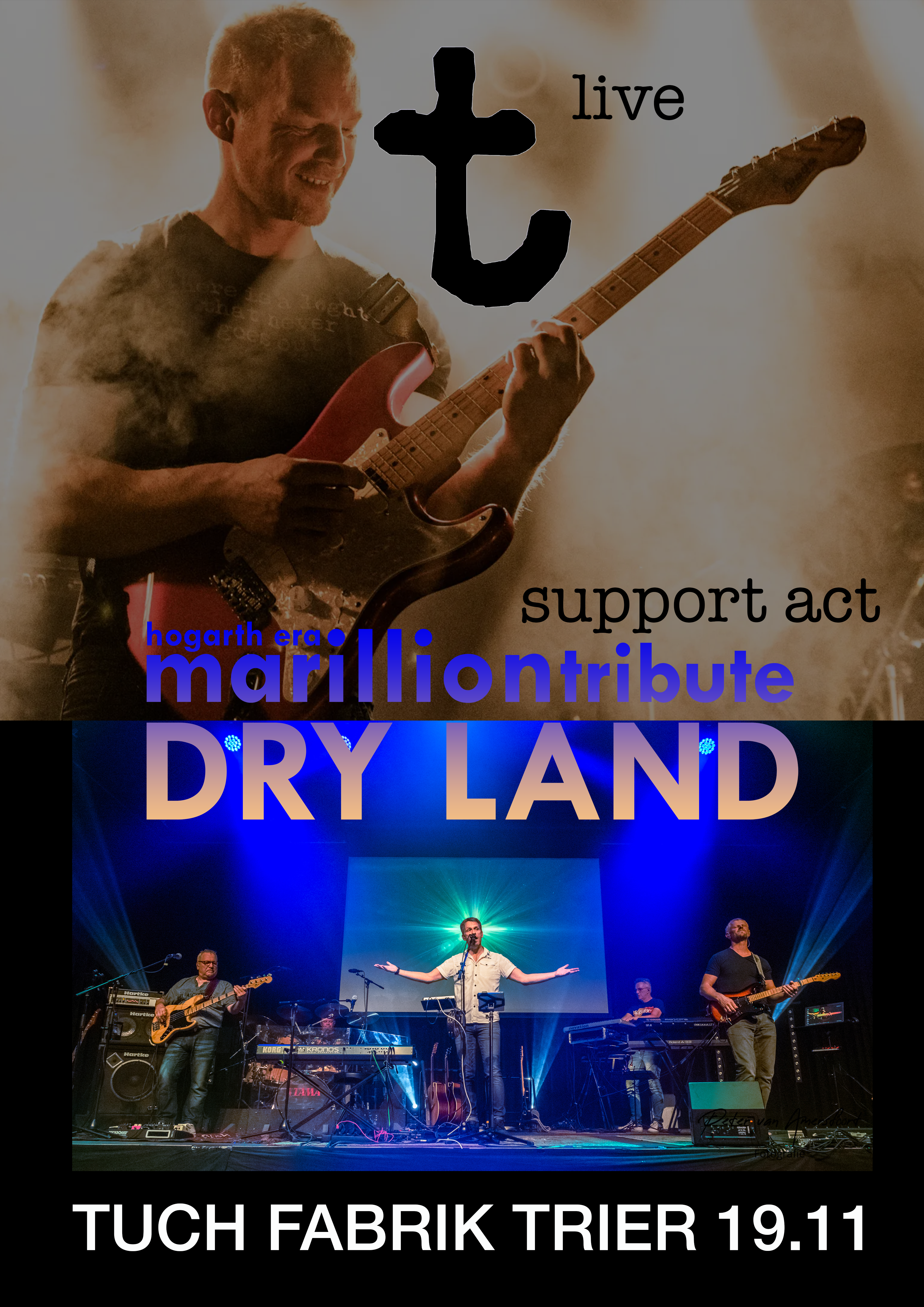 t, actually Thomas Thielen, became known to a wider public in 1998 as the frontman of the “German progressive sensation” (Eclipsed) SCYTHE. His ungoogleable solo project (nobody could have guessed that the internet was going to be important!) was actually only based on trying to learn home recording and the laziness of typing his name (or the shift key) correctly in emails every time. After the release of the – produced entirely in Trier in a student digs! – Debut album NAIVE (2001), however, overturned the reviews. 8 albums and several No1 positions in indie charts later, t is considered “one of the most important musicians of the last 10 years” (MusikExpress) in the European rock sector, whether Google likes it or not.

t finds itself rather overrated, but tries to do everything to keep it that way. After being voted frontman for the Eclipsed all-star band in 2018, he inadvertently mentioned that he’d like to come back from the studio and onto the stage after almost 20 years. A week later he was booked as a Saturday act at the Night of the Prog festival, where he played with Tangerine Dream, Nick Mason (Pink Floyd) and Steve Hillage, among others. He managed to put together such a powerful live band and to shape his sound so perfectly with his typical meticulousness that he was voted “Best Act 2019” by the audience.

Meanwhile, the album PAREIDOLIVING was celebrated as a masterpiece by the press and fans alike. It’s not just the t-fan club that’s eagerly awaiting the live versions of the new songs; the German premiere (together with Marillion’s Steve Rothery) is already being announced in the press as a highlight for 2022.

DRY LAND, the internationally renowned Marillion tribute band from the Netherlands with the seal of quality of the original themselves, will be there as a support act for TuFa. DRY LAND are known for true-to-the-original, but still very hauntingly emotional performances with a grandiose video show and will also provide the typical dreamy rock that characterizes Marillion’s music in Trier.

As in 2019, t, who comes from the Eifel, really wanted to end the tour “daheem” ​​and is really looking forward to returning to Trier, where he lived for 10 years. We are very happy to welcome him again!

“The best movie you will hear this year.” (Rolling Stone)

“The mastermind of avant-garde pop” (Amazon)

“The most unknown top star of the German music scene” (Saitenkult)